I found myself watching Moonlight again while reflecting on my own struggles with masculinity throughout my life. Masculinity seems to be a big theme in my life right now, as I have recently identified that I am both masculine and feminine all at the same time. Now, getting to this point was the biggest struggle. I had such a hard time overcoming my own fragility as a man, being so concerned that others would not only judge me but potentially cause me harm if I had shown even the slightest sign of femininity. I often had internal battles with myself as a Black queer man and holding onto the perceptions society had placed on me. How was I to achieve being an authentic Black man, the one I was taught to be? The one that in movies was portrayed only to be one way, as if Black men aren’t and can’t be multifaceted. We’re not all the same, nor do we fit one stereotype.

Someone recently asked me, “Why are people in the LGBTQIA+ community so defensive?” I explained that the level of defense is subjective based on the person’s experiences, as a lot of people in the community have gone through some sort of trauma. For me, my trauma was being around straight boys growing up who relied on labeling me as a faggot and gay because I stood out and did not fit what they were taught masculinity looked like. I was teased and mocked from elementary to college about the way I presented or wanted to present. I was a little boy who talked with my hands, often let my wrist hang, had a soft voice, and enjoyed running around with the little girls over running around with the little boys. Looking back on it, I often pushed myself away from making male friends growing up. Making male friends would be something I struggled with well into adulthood because of how I was treated by my peers. In elementary school, almost every single boy in my class called me gay or a faggot, or ostracized me for being “different.” Like Chiron, also known as Black, in the Moonlight, I put on a mask, burying myself deep within in order to attempt to outwardly project the level of masculinity people expected Black boys to portray. I found myself projecting what made me the most uncomfortable. I walked around with a mask or better yet, a veil, over my face so that others could not see who I truly was. A little Black boy who had the ability to be both masculine and feminine. If only society had not been so cruel to make me feel less then, maybe I would have learned this earlier in life.

I recently realized that I pushed away a lot of men in fear they would judge me, all due to my past trauma. If I did have male friends, I ensured to be as masculine as possible around them, even when it made me uncomfortable, aka code-switching. Code-switching served as a defense mechanism for me, as it was the only thing that made me feel safe when around heterosexual men. I was so fragile as a man that I became conditioned to lessen myself around other men. I avoided spaces with heterosexual men in order to protect myself from the cruel ideologies of the heteronormative society. I hid behind my shell, not wanting to be too smart and not wanting to stick out too much. I never spoke out because I didn’t want other men to hear my soft voice. I either dressed a certain way or avoided wearing certain things in order to not draw attention to myself. I adapted the ability to be a class clown to make others laugh while sitting in class and being the overly talkative one to ensure that everyone in the class would find some way to like me rather than judging me. If it wasn’t for college, I am not even sure I would have overcome any of these things. College was the space that allowed me to push the boundaries, despite what others thought of me.

I remember in middle school being called a faggot on the bus and I turned around and said, “Say that shit to me when we get off the bus after school.'” By the time we got back home, I was no longer interested in fighting nor was I in the headspace to be in a fight. Needless to say, I swung first after being hyped up by my peers but ultimately did lose the fight. I will never forget that day. In my mind, I was more satisfied that I stood up for myself rather than walking away and allowing the bullying to continue to occur. After that, nobody in the neighborhood really said anything unkind to me again. That fight led to me feeling like I always had to be on the defense around people, especially heterosexual men. I promised myself to never lose another fight under those same circumstances again. This counted for battles that involved any element, whether emotions, physical, or verbal, I was going to beat up anyone that called me a faggot. Now, the repercussion of this was closing myself off to any element of femininity. I grew to be so uncomfortable with any aspect of femininity within myself, that I found myself avoiding other people who shared the LGBTQIA+ identify with me, as least in public. I shied away from hugging my gay male friends and acting a certain way in public. I ensured to stand a certain amount of distance away from them in crowds, as I did not want people to associate me with being too feminine while envying their ability to be so free. I was completely closed off to the idea of being a feminine presenting Black male that I allowed myself to lie to not only myself, but to those I loved and cared about as well. I remember during college my best friend Isaiah asking me, “Why do you care so much about what other people think?” I honestly never had an answer to that question.

Fast-forwarding to today, I now address myself as queer over gay, a very recent revelation. I also have the most male friends, especially gay male friends, that I have ever had in my life. Over time I learned my sense of community and freedom. My entire life I have struggled with the concept of gender roles and it’s always been oppressive for me. At this age, I’m fully aware of myself and I’m loving it. For me, being queer represents the idea that I don’t fit the mold of normal societal constructs of a man. I can be both masculine and feminine if I choose to be because like Tabitha Brown says, that’s my business. Over the years I’ve worked hard to no longer conform to the ideas of hyper-masculinity or the idea of what it is to be a man. I have completely rid myself of those fragile aspects of manhood that I believed. I learned to just be me, my best self, a Black queer man. If I want to date a transman, then I can do so. If I want to choose between dating a feminine or masculine man, then I can do so. And if I want to wear a woman’s shirt, then I can do that as well. Pictured above, I am obviously wearing a dress. Attending a pride parade while wearing a dress to support transwomen, was one of the most liberating things I have ever done in my life. I had so much fear walking out of my house like that. My only thought was, what if I am attacked, or murdered, for wearing this dress. I had to learn that I’m not meant to be closed off in a box; I’m multifaceted! I now tell myself, as well as others, I’m fine being addressed as he/she/him/her/his/her/they/them. In reality, I am all of those things, depending on who I am in a room with and who’s addressing me. It no longer bothers me to be called “girl” by my friends, as that was one of the most fragile aspects of me. I was apart of this community while still feeling so disconnected from my true self in order to hold on to what I believed a man should be. I taught myself to let go of the restrains and to continue running forward, as my body is no longer held down by chains of insecurity and judgment.

I’m a Black man led by feminine energy. I’m empathetic. I’m nurturing. I emote. I’m connected! Now don’t get me wrong. I feel I have a good balance of masculine and feminine energy, however, I have learned that acknowledging that I’m led by feminine energy is one of my greatest strengths. Honestly, I’m proud of my growth. Not only because I feel free but because I feel boundless. I no longer feel the need to lessen my space to make others around me comfortable. My space is large, very large, and it is not my job to lessen myself in order to make others around me feel comfortable because their space is puny and fragile, especially not some close-minded straight man. So when you see me, know that you see the full me. The me that is able to live unapologetically because I found a way to break the barriers that were surrounding me and holding me back from achieving my full potential. I’m BlaQueer af and I love that about me! I am finally and fully, me!

2 thoughts on “Masculine or feminine? Why not be both?” 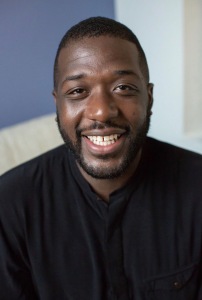 What does Speak Mental mean? Speak Mental is to change the narrative by generating conversations to challenge and reframe stigma, ignorance, and personal biases.

Who am I? I’m a black queer man who wants to make a difference in the world. My dreams and aspirations include advocating for youth, mental health, and equality, along with other areas of life, while branding myself as a humanitarian. I enjoy creating safe spaces to engage others in educated conversations that challenge social constructs, learned behaviors, and ideologies. I believe that generating conversations to educate the masses on various topics (race, gender equality, education, hypermasculinity, toxic masculinity, the LGBTQIA community, mental health, love, relationships, communication, etc) is one way to fight against preconceptions while decreasing ignorance. The goal is to build the mind by reshaping schemas and processing with others how to view the world from a different perspective. I believe that change has to start somewhere, so change starts with me. I pledge to Speak Mental.